He was brought up in the atmosphere of Gursikhi as his father was a devout Sikh and had memorized the complete Guru Granth Sahib. Bhai Kahn Singh had not the regular schooling but got education through traditional scholars. He got his primary education from Bhai Bhoop Singh. Then he studied Sikh scripture and Indian Classical literature from different traditional scholars. After getting proficiency in Punjabi, Hindi and Sanskrit languages, he went to Lucknow and Delhi for three years to learn English and Persian. There he came into contact with Prof. Gurmukh Singh, who motivated him to propagate the philosophy of Sikh Gurus.

He remained in the service of Nabha State and also served as a Judge at Nabha High Court. He had also been member of Judicial Council, Nabha.

His works show his vast knowledge of the Sikh scripture and other Sikh literature. His encyclopaedic work on the Sikh literature covers all branches of knowledge. His entries are brief, full of knowledge and scientific. Even the printing of this classical work in itself was a landmark in Punjabi publication. He understood the Sikh philosophy and Sikh tradition in it's true spirit and put all efforts to place it in it's right place in the context of Indian Philosophical tradition.

He was awarded by Sikh Kaniya Maha Vidyala, Ferozpur in 1931. He was also conferred the title ' Sardar Bahadur' by the Indian Government in 1932. 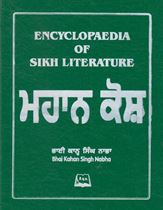 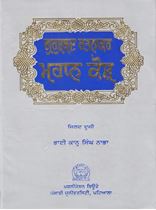 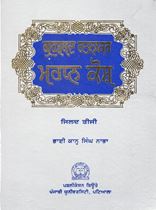 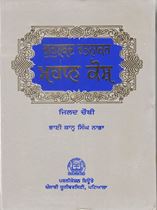